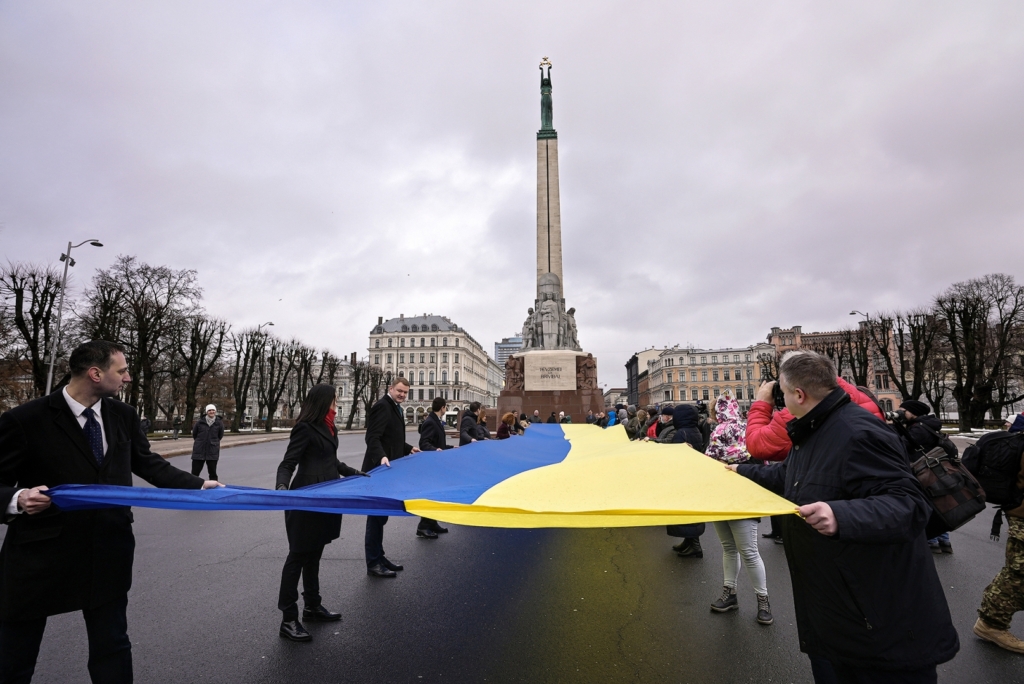 The World Federation of Free Latvians (WFFL), representing the central Latvian diaspora organizations in the USA, Canada, Australia and New Zealand, Russia, Europe and South America, categorically condemns Russia’s aggressive behavior in and around Ukraine, as well as president Vladimir Putin’s decision to recognize the independence of the breakaway regions of Luhansk and Donetsk.  The WFFL considers the actions by the Russian Federation as a flagrant breach of international law and an aggressive step toward a sovereign country which can cause unpredictable consequences.

The WFFL calls for the world community and international organizations to unite against such aggression and do everything in their power to prevent the escalation of tensions. The WFFL calls on the governments of Western democracies to immediately impose the full package of sanctions against Russia and its interests, as agreed upon in the multilateral talks and at the recent Munich Security Conference.

The WFFL asks the NATO alliance to strengthen its Eastern flank by sending additional troops, as well as the necessary military equipment to the Baltic States, simultaneously increasing the supply of defensive weapons and economic support to Ukraine.

The WFFL calls on its member organizations and individual Latvians around the globe to contact their elected leaders requesting a firm stance from their representatives, regarding Ukraine’s sovereignty and right to territorial integrity, and demand that Russia pulls back its armies and proxies from Ukraine and Belarus.

The West must boldly stand against the Russian plans to change the security architecture of Europe, and indeed the whole world. We must stand united, act swiftly and effectively to stop Mr. Putin’s intentions now. It is time that we stop appeasing Russia and speak from the position of strength, because it is the only language the Russian leaders understand.